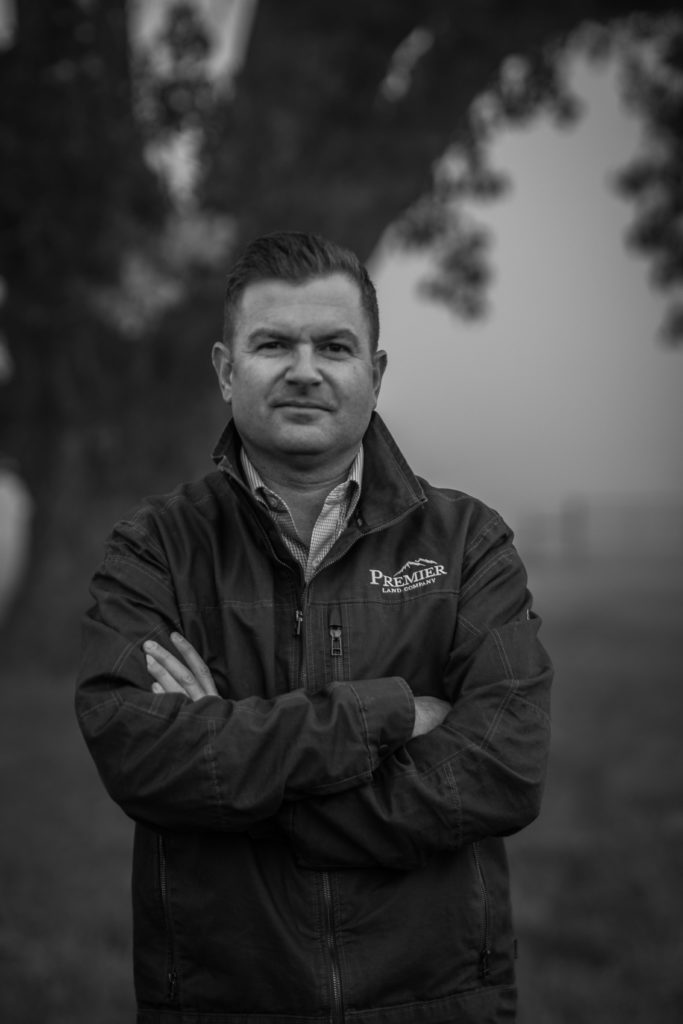 Bryan Anderson joined Premier in 2006, and knows only too well the importance of respecting the land, and those who have come before to settle and develop it. He was born into one of the founding First Families of Texas, and spent the first twenty one years of his life enjoying all that the Texas outdoors has to offer, specifically hunting and fishing.

Upon entering Texas State University on a baseball scholarship, Bryan was drafted by the Cincinnati Reds, and played seven years in the Reds organization. As luck would have it, his rookie season was spent in Billings, Montana as a member of the Billings Mustangs. His greatest reward came not in playing for the Cincinnati Reds, but in meeting Becky Jacobs. Bryan and Becky were married in October of 2003 in Billings and currently live in Shepherd with their children, Katelyn, Lauren, and their son Hudson.

On a professional level, Bryan realized the importance of completing his college degree and graduated from Montana State University with a degree in Communications. Holding active licenses in Insurance along with Real Estate, enables Bryan to make sure that his clients and the properties in which they buy/sell are well taken care of. Integrity in his dealings with his clients is of the utmost importance to Bryan and developing relationships with potential buyers/sellers is a top priority.